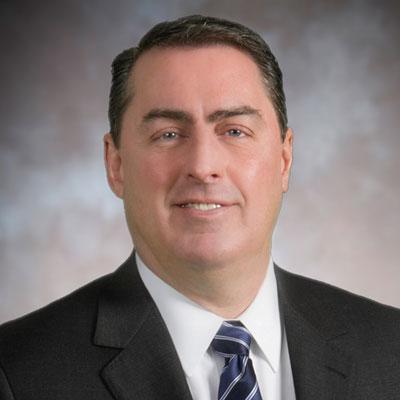 Mr. Aylward has more than 25 years of experience in the asset management industry, beginning in the financial services group of PriceWaterhouse LLP prior to joining the corporate finance team at Virtus’ predecessor in 1996. He was chief of staff to the CEO of Virtus’ former parent from 2002 to 2004 and was chief operating officer of Virtus from 2004 to 2006. He was named president of the company in November 2006.

Mr. Aylward successfully directed the spin-off of Virtus from its former parent, in 2008, including its transition to a public company, selection of a board of directors and development of corporate governance procedures.

Mr. Aylward holds a Bachelor of Science degree in accounting from the University of Connecticut and a Master of Business Administration from the University of Massachusetts. He earned the designation of certified public accountant. He serves on the Board of Governors of the Investment Company Institute and the Board of Directors of the UConn Foundation and its Audit Committee. 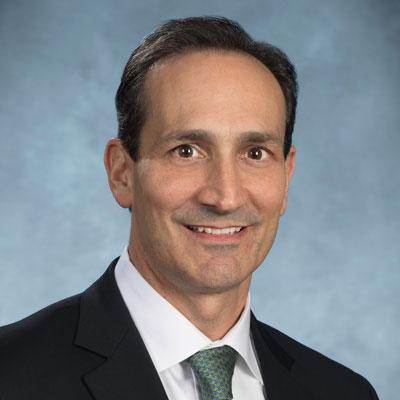 Mr. Angerthal joined Virtus in 2008 as the company prepared to become an independent, publicly traded company following its spin-off from The Phoenix Companies, Inc. Prior to joining Virtus, he was the chief financial officer of CBRE Realty Finance, following nine years with several units of GE Corporation, including GE Real Estate, GE Capital Corp., and NBC. Earlier he was a manager of business assurance in the audit practice of Coopers & Lybrand in New York.

Mr. Angerthal graduated from Pace University in New York with a BBA in accounting, and received an MBA in corporate finance from the Columbia University Business School. 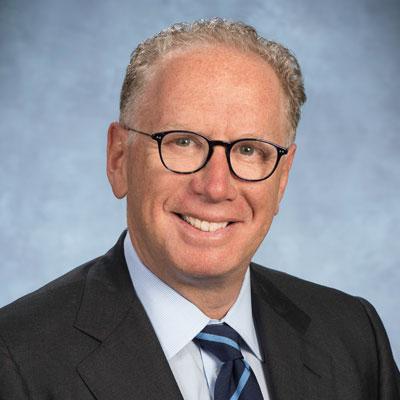 Barry Mandinach is executive vice president and head of distribution at Virtus Investment Partners, Inc., and a member of the senior management team. Mr. Mandinach leads the distribution, positioning, messaging, and marketing of Virtus investment products across all distribution platforms. He also manages relationships with the firm’s distribution partners, including national wirehouses, regional and independent broker-dealers, and registered investment advisors, as well as institutional consultants.

Mr. Mandinach has more than 35 years of experience in the investment management industry, primarily in retail product sales, marketing, and sales leadership. Prior to joining Virtus in 2014, he was at UBS Global Asset Management (U.S.) for twelve years, most recently as head of wholesale distribution and chief marketing officer, as well as a board member of the PACE Select Funds.

From 1999 to 2001, Mr. Mandinach was the chief sales and marketing officer at Phoenix Investment Partners (PXP), the predecessor to Virtus. Prior to PXP, he was a partner and co-founder, with Martin Zweig and Eugene Glaser, of the Zweig Mutual Funds, which were acquired by PXP in 1999. He began his investment industry career at Drexel Burnham Lambert in 1981, holding sales and product management roles over eight years.

Mr. Mandinach earned a B.S. in political science from Emory University and a J.D. from the University of Miami. 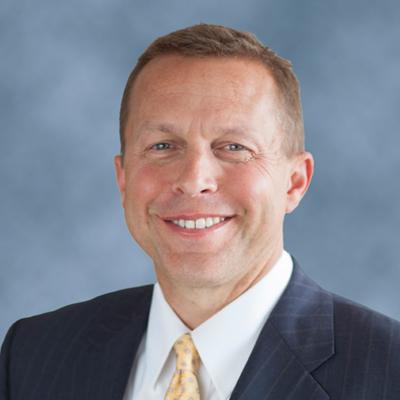 Rick Smirl is executive vice president and chief operating officer of Virtus Investment Partners, Inc., and a member of the senior management team. He leads product management, oversight and development activities as well as investment operations and information technology. He also works closely with the company’s affiliated managers and unaffiliated subadvisers to support the continued growth of the business by developing and introducing new products and further optimizing business support services.

Mr. Smirl joined Virtus in 2021 from Russell Investments, where he was COO and oversaw all facets of the company’s global operations, including information technology, operations, fund services, legal, compliance, risk management, internal audit, project management, reporting and analytics, corporate services, sourcing and procurement, and government and community relations. Prior to Russell Investments, he was COO at William Blair Investment Management, where he led the firm’s operations, product development, fund services, finance, business analysis, risk management, and technology teams. He joined William Blair Investment Management as chief legal counsel after serving as chief legal officer at Strong Capital Management. He began his career as an attorney specializing in securities law.

Mr. Smirl holds a bachelor's degree in economics from the University of California at Irvine and a J.D. from Loyola Law School in Los Angeles. Wendy Hills is executive vice president, chief legal officer, general counsel and corporate secretary at Virtus Investment Partners, Inc. She is responsible for developing and guiding the strategic direction of the legal, regulatory and compliance functions and also provides counsel to Virtus’ Board of Directors on corporate governance matters.

Ms. Hills earned a J.D. from the University of Kansas School of Law following a bachelor’s degree in architectural studies from the University of Kansas School of Architecture. In addition to her work at Waddell & Reed, she served as a member of the Joint Underwriting and Risk Management Committee of ICI Mutual, an insurance company that serves the mutual fund industry, from 2016 to 2018. She has been involved with several charitable organizations, including as a member of the advisory committee of Operation Breakthrough, which provides early childhood education and services for families living below the federal poverty level, and as a founder and board member of Ginger’s Tomorrow, which provides funding for lupus research. 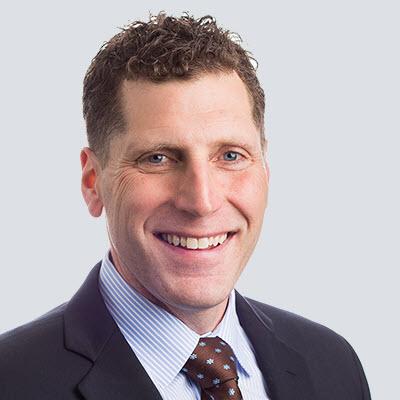 Patrick Bradley is executive vice president, Fund Services, and a member of the senior management team at Virtus Investment Partners, Inc. He serves as the treasurer and chief financial officer of the Virtus Funds and manages all operational and financial matters for the fund family. He is also treasurer and chief financial officer of the Virtus closed-end funds and serves as a director of the Virtus Global Funds. As head of Fund Services, Mr. Bradley is responsible for customer service, transfer agency, accounting, tax, custody, security valuation, registration, treasury, lending, and financial reporting for the Virtus Funds.

Prior to joining the predecessor to Virtus Investment Partners in 2004, Mr. Bradley was a senior manager with Deloitte in the U.S. and Australia leading both assurance and consulting assignments. During this time, he served both public and private companies in the financial services industry, advising clients on public and private investments, securities offerings, complex financial instruments, mergers and acquisitions, due diligence reviews, and reporting requirements under Securities and Exchange Commission rules and regulations. His clientele included numerous large multinational financial institutions and a top-tier private equity client.

Mr. Bradley earned a bachelor's degree in accounting from the University of Connecticut and an MBA from the Raymond A. Mason School of Business at William & Mary. He is a Certified Public Accountant and a member of the Investment Company Institute Accounting & Treasurers' Committee. 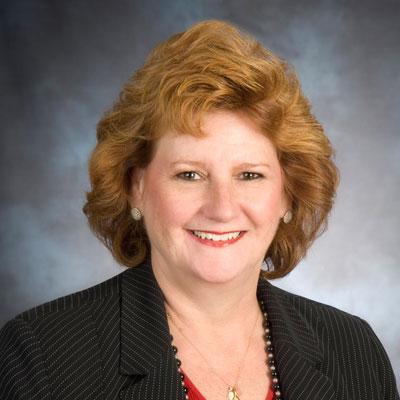 Mardelle Peña is executive vice president, chief human resources officer at Virtus Investment Partners, Inc. She is responsible for developing human resources strategy and implementing critical policies, processes and programs in areas such as talent and performance management, training and development, diversity, and compensation and benefit plans. She also supports the activities of the Compensation Committee of the Board of Directors, and is a member of the company's senior management team.

Ms. Peña joined Virtus in 2010 from the Hartford Financial Services Group, where she was vice president of human resources supporting property and casualty insurance business segments. Prior to joining Hartford Financial in 2001, she was senior vice president and chief human resources officer at ADVO, a direct marketing company. She started with ADVO as the regional HR manager in Houston and Dallas. She began her career with a Houston-based high-end specialty retail store.

Ms. Peña graduated from the University of Houston with a B.A. in industrial psychology and personnel management, and later earned a master's degree in human resources management from Houston Baptist University.

Please read this important information.  The information available in this section of our web site is solely intended for an institutional investor or investment consultant audience. There is no guarantee that any research, commentaries or market opinions offered on this web site will be realized. This information should not be construed as investment advice and should not be used as the basis for any investment decision. Investment products and services are not available for sale in certain countries or in jurisdictions where prohibited.